Of all the parts of an AR15, the one part that is not standardized is the buttstock buffer tube.

At first you would think the difference is just the diameter of the tube itself but that's just the first thing give folks trouble when matching up the different tubes and butt stocks. 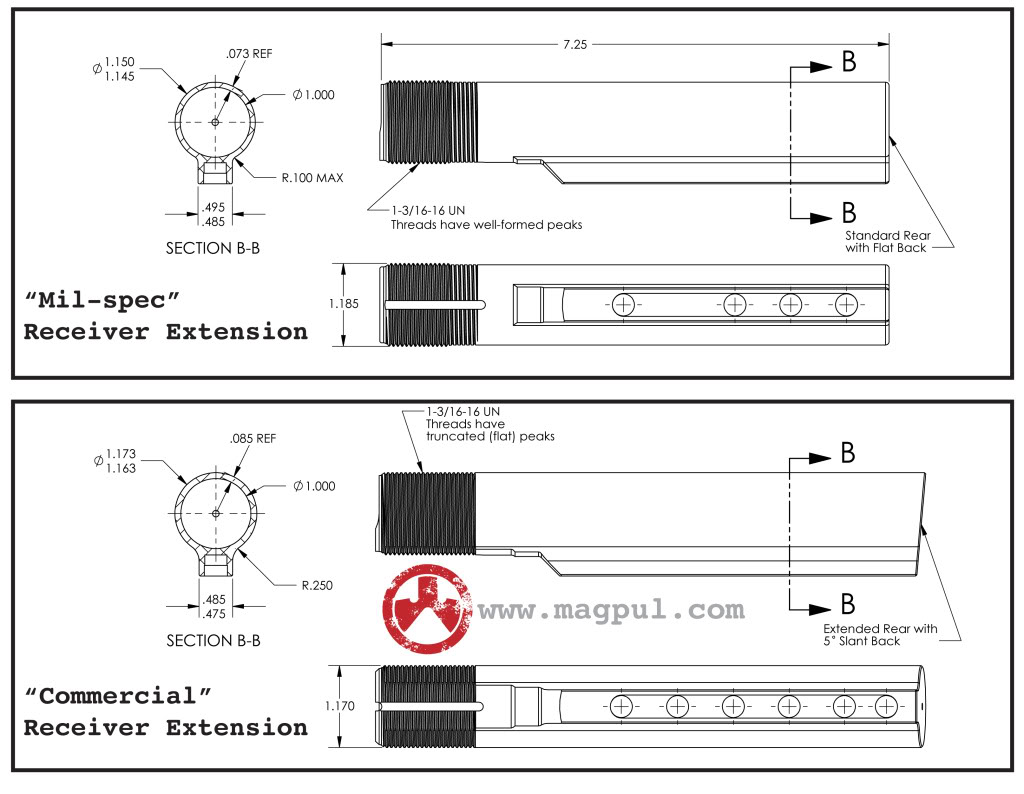 Now why would we ever need two type sizes of tubes?

You can blame the military I guess. They were first to the game and "specified" (mil. spec.) that the tube be made from 7075-T6 aluminum which is normally forged and hence stronger. The Commercial side of things looked at the tube and thought that they could make to faster and cheaper by using 6061 aluminum and extruding it but they needed to cut the threads "into" the extrusion and the not he way the Mil. spec was made. The mil. spec. tubes were much stronger too.

So commercial tubes should be cheaper than mil.spec tubes? Not anymore. You see they're both being made the same way now and mil. spec. is just considered a legacy product and hasn't gone away. Yes there are some mil. spec. being made the old way and those purest can still get them.

So the difference between them these days is just the dimensions.