SKU:
BH1C260REMBHGN1-20
Condition:
New
Availability:
If this item can be added to your cart, it is in stock.
Weight:
2.00 LBS
Shipping:
Calculated at Checkout

Black Hills produces factory new rifle ammunition equal to some of the best handloads. It is quickly becoming one of most popular manufacturers of ammunition. Used primarily by all branches of the United State military, this ammunition is also used by competitive shooters and hunters. 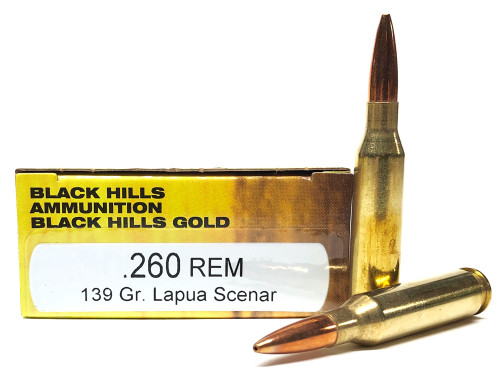